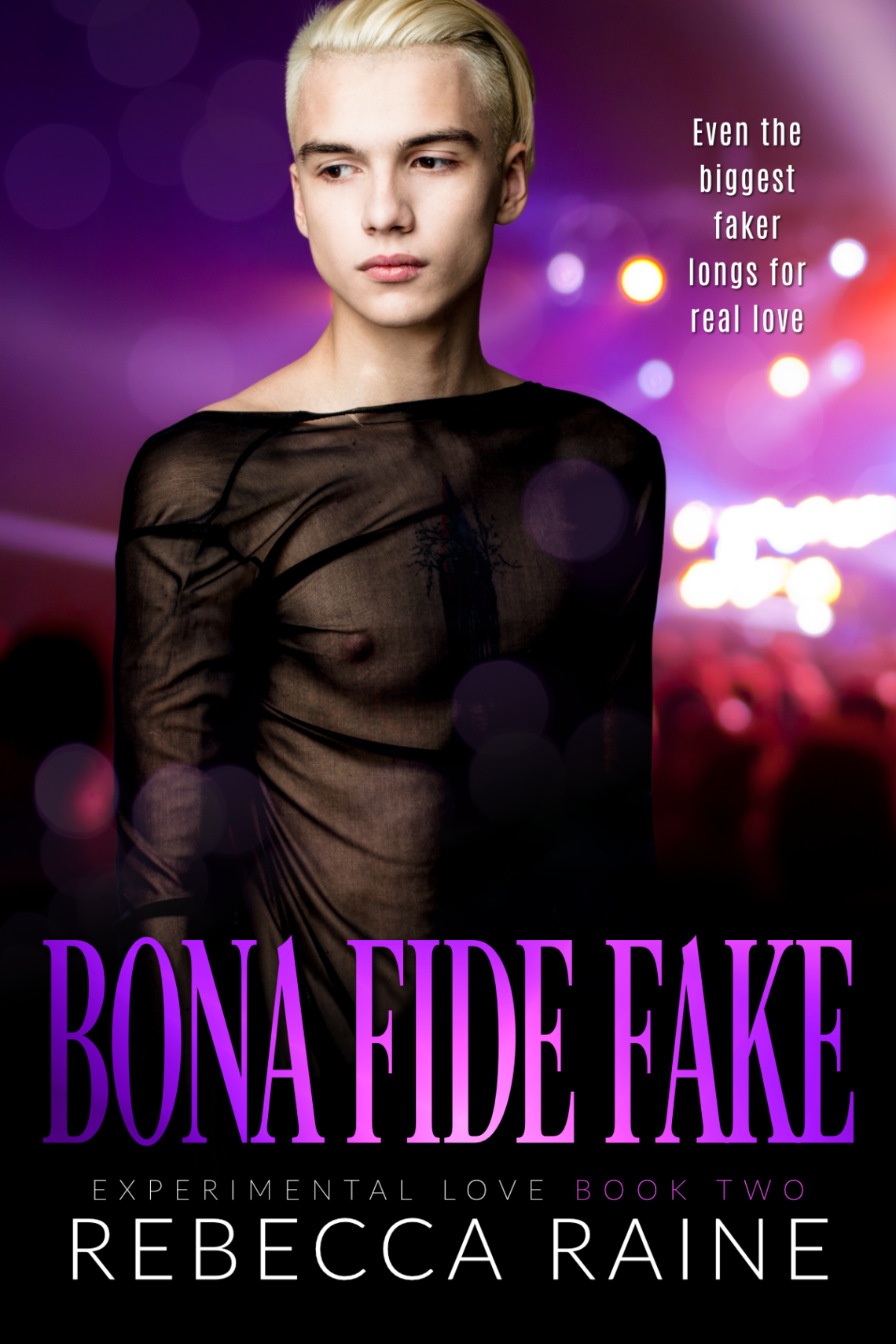 Themes: Authenticity, Trust in self and others

This is Book Two of the Experimental Love series, but it can be read as a standalone.

The book does not end on a cliffhanger. It has a solid HEA.

My new fake boyfriend may not like me, but he needs me. There are worse foundations for a relationship.

Toni Fairweather is a liar and a fake. I suspected it the day we met, but when he lies to his friends about being my boyfriend, I know for sure. I’ll play along with his deception, but Toni will owe me – big time.

I don’t need to like the man… to obey him.

I never meant to fake a relationship with the lead singer of a local rock band. But the fib popped out over lunch with my best friend, and now I’m expected to present my new boyfriend at his engagement party next month.

The good news? I’m not the only one in need of a date.

Being boyfriends for a month shouldn’t be hard, but I do have one condition: this won’t be some fake boyfriends deal. I want a real relationship, and Ned’s going to give it to me.

“You need a date for the festival. I need a date for Rodney and Leif’s engagement party next month. The answer is obvious.” I place a hand over my chest in a show of sincerity. “I think we should be boyfriends.”

Ned’s head falls back as he laughs out loud. “That’s why you’re here? You want to rope me into going to the engagement party with you?”

Hilarity isn’t the response I’d hoped for, but it’s better than instant rejection. “You have to admit, a twenty-minute acting job does not equate to an entire weekend away. This is simply a way to bring our arrangement back into balance. It’s only fair.”

He shakes his head at me. “How long are you planning to drag this fake boyfriend thing out?”

“Just until after the party. Then, we can break up and go our separate ways. It won’t be messy,” I assure him. “If there’s any moping to be done, I’ll keep it to myself. You’ll never have to hear from me again. However…” I lift a pointed finger to make sure he’s paying attention. “I don’t want to be fake boyfriends. I want to be real boyfriends.”

He gapes at me in disbelief. “People don’t go around deciding to be real boyfriends as though a relationship can be plucked out of thin air. It has to come naturally. You get to know each other, spend time together, develop actualfeelings.” He gestures between us with one hand. “Do you have any actual feelings for me, Toni?”

“Yes,” I insist. “I think you’re incredibly sexy. That counts, doesn’t it?” His groan—half exasperation, half lust—makes me smile.

“Usually yes, but in this context not so much.” He crosses his arms over his chest. “We might be able to fake a real relationship for other people, but we can’t actually make it real. Tell me you know this.”

“Of course, I do.” In theory. My longest ‘real’ relationship didn’t make it to a monthiversary, so my practical experience is somewhat lacking. “But can’t we skip over all the getting to know you crap and go straight to the part where you adore me, and I make you happy?”

Straightening, he places his hands on his hips. “How do you figure?”

“If we go down to the festival as friends, or let’s face it acquaintances, then I’ll be hard-pressed to stop you doing anything. This ex of yours will have power over you, and I will have none.” Ned opens his mouth as if to disagree with me, but then he must see sense because he closes it again. “If I’m your boyfriend… I will have power, too.” I give him a moment to contemplate my statement before I continue. “Trust me when I say I’m the jealous type. As long as we’re together, there is no way in hell anyone will be touching you but me. There will be no getting seduced by your ex. No sneaking off into dark corners to be fawned over by groupies. Nada. You’ll be my boyfriend, and I will not allow you to disrespect our relationship.”

He stares at me with wide eyes, a slow smile appearing as his ears turn a lovely shade of pink. “I take it you don’t like to share?”

The word alone makes me grit my teeth. “I don’t even want to share the air you breathe.”

His tongue darts out to swipe across his bottom lip as he contemplates my offer. Taking a deep breath, he nods his agreement. “All right, you’ve convinced me. Real boyfriends it is.” A smile bursts onto my face, and his eyes close on a quiet groan. “Holy fuck, those dimples will be the death of me.”

All the Parts of Us
By Rebecca Raine

There’s a saying that writers are a whole bunch of people trying to be one person. That certainly feels true for me, but I think it’s probably true for all of us. Beyond a few core personality traits, we tend to be different people (or express different versions of ourselves) depending on who we’re with.
We become playful when we spend time around children. At work, we’re all about being professional. God forbid our colleagues meet the wild romantic we become with our partners, or the unabashed gossip we morph into when out with friends.

When we talk about being our authentic self, we’re not actually referring to our one true self. Instead, we’re talking about freely expressing the many and varied versions of ourselves that, when put together, make up the complicated (and sometimes contradictory) person that is US.

Unfortunately, for various reasons, not everyone feels safe enough to express their true selves to the world. This was certainly true for Toni, one of the leading men in Bona Fide Fake. Toni is the same person with everyone. His best friend, acquaintances, his family. He likes to be liked and always wants to show his best ‘fun-Toni’ face to the world. Which means hiding away all the parts of himself that aren’t so fun.

Enter Ned, Toni’s new fake boyfriend. When Toni insists their relationship be ‘real’ for the month they’ll be together, Ned agrees. For Toni, that means acting like boyfriends even when no one else is around. For Ned, it means something altogether different. He wants to get to know Toni. He wants to ask questions and go beyond the standard answers Toni usually provides. In short, Ned wants a hell of a lot more than Toni ever planned to offer.

If he opens up and allows Ned to see him as he truly is, Toni will achieve the intimacy he longs for, but he’ll also be confronted with the vulnerability he’d do anything to avoid. Toni is about to realise having a bona fide boyfriend isn’t anywhere near as simple as he thought it would be.

Rebecca is a long-time lover of all things romance. Whether it’s a book, movie, or real life, she will always have more fun if there’s a love interest thrown into the mix. She lives in Queensland, Australia with her very own hero husband, two quirky kids and one big, black dog. Other than reading and writing books, her favourite things include loud music, enjoying a glass of wine on the patio, organising everything in existence, and spending too much time on the Internet.

your choice of kindle ebook from the author’s backlist. (5 winners). 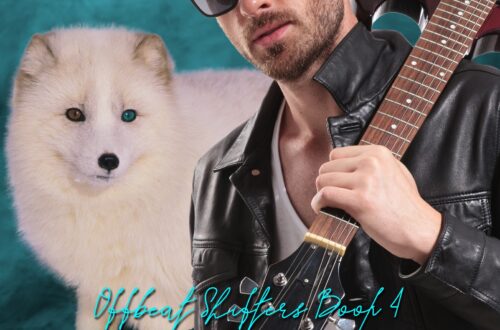 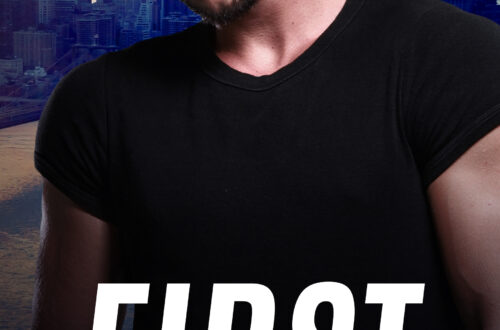 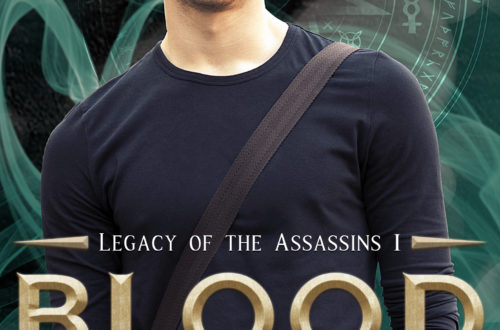