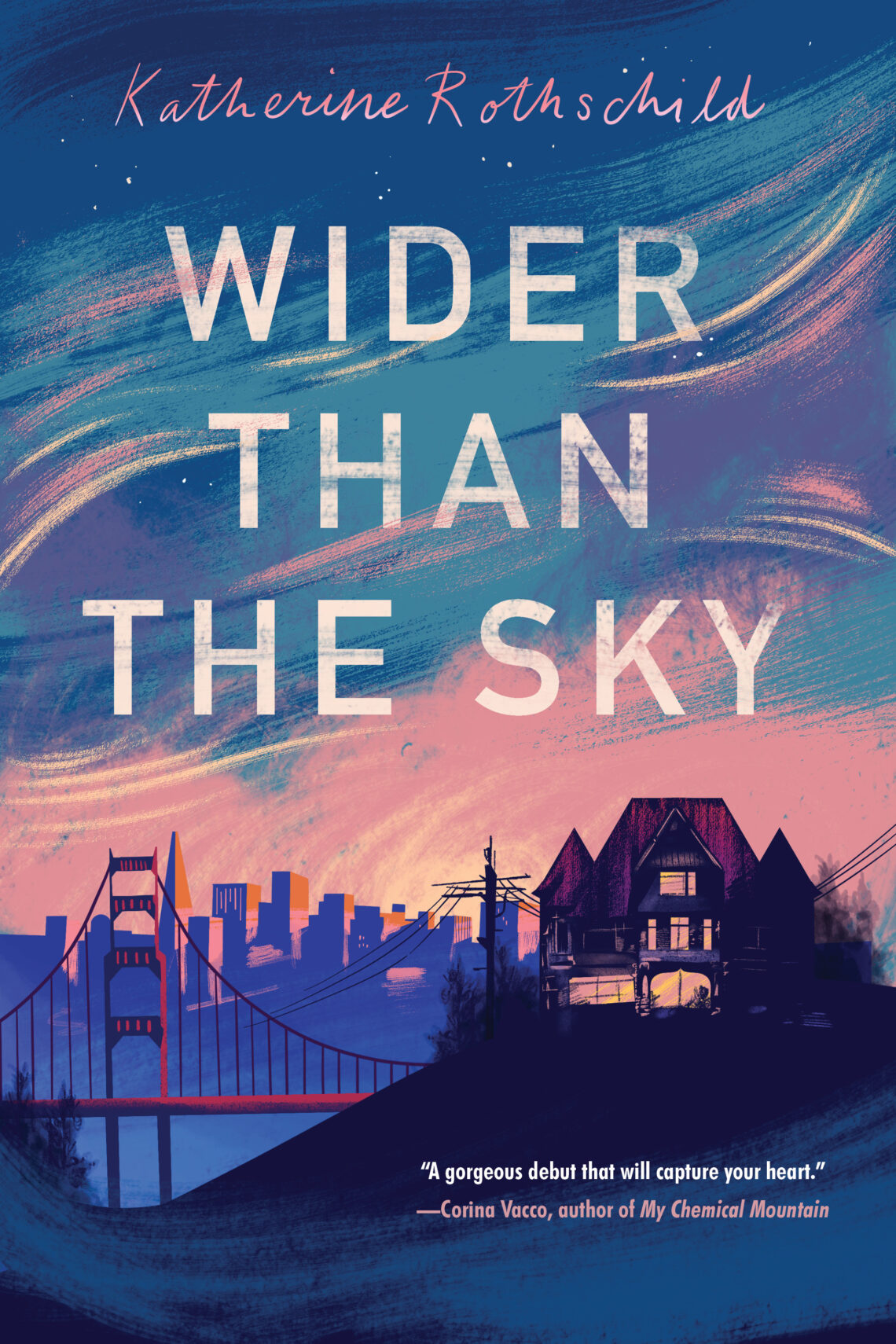 I am thrilled to be hosting a spot on the WIDER THAN THE SKY by Katherine Rothschild Blog Tour hosted by Rockstar Book Tours. Check out my post and make sure to enter the giveaway! 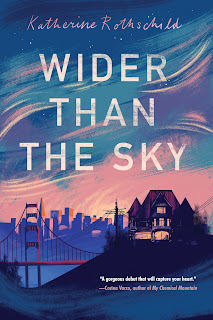 Title: WIDER THAN THE SKY

In the wake of sudden tragedy, twin sisters uncover a secret that rips open their world. Katherine Rothschild explores the pain and power of forgiveness in a stunning debut novel that will shatter your heart and piece it back together, one truth at a time.

Sixteen-year-old Sabine Braxton doesn’t have much in common with her identical twin, Blythe. When their father dies from an unexpected illness, each copes with the loss in her own way—Sabine by “poeting” (an uncontrollable quirk of bursting into poetry at inappropriate moments) and Blythe by obsessing over getting into MIT, their father’s alma mater. Neither can offer each other much support . . . at least not until their emotionally detached mother moves them into a ramshackle Bay Area mansion owned by a stranger named Charlie.

Soon, the sisters unite in a mission to figure out who Charlie is and why he seems to know everything about them. They make a life-changing discovery: their parents were hiding secrets about their sexual identities. The revelation unravels Sabine’s world, while practical Blythe seems to take everything in stride. Once again at odds with her sister, Sabine chooses to learn all she can about the father she never knew. Ultimately, she must decide if she can embrace his last wish for a family legacy–even if it means accepting a new idea of what it means to be a family.

Chapter One: Hope and Other Feathered Things

You know how you can read a poem, like, ten times and still not get it?

Teachers say: just read it again because something magic happens and suddenly you’ll get it. Well, the day my dad died I totally understood this Emily Dickinson poem called “‘Hope’ is the Thing with Feathers.” Not like the understanding helped. Poems can’t bring people back to life. But suddenly getting poetry was a weird little gift that got me through what happened next.

On that day, my sister, Blythe, and I stumbled into a windowless, overly air-onditioned room in Huntington Hospital. Inside we found a doctor, my cashmere-sweatered mom, and a cluster of silent machines. And my dad’s dead body. No one said he was dead—no one had to. The space his soul had taken up in the room had vanished.

The doctor unhooked one more monitor and put her hand way too casually on my dad’s dead leg. “Take as much time as you need.” Like time was what we needed.

When the doctor was gone, my mom reached for us and we ran to her like we’d survived a plane crash or something. Which I guess we kind of had. We were surviving this empty room, weathering it the way our bikes did the ocean air, oxidizing and cracking—and crying. There were tears, teary questions, and more tears. When we finally stepped back to wipe our noses, the air filled with the silence only hospitals can achieve: a bustle and racket in the outside, but in here? No more beeping. I felt a stone in my heart, round and cold, sharp against my sternum.

Then someone cleared his throat. A man stood in the doorway. For a blink of mind-time I was sure it was my dad. He couldn’t be dead. He had barely even been sick. He was fine. He was right there.

Praise for Wider than the Sky

“Sabine’s struggle to reconcile her memory of her father with the man he really was—and to make room in her life for his hopes as well as her own—cuts to the heart of what it means to love someone unconditionally. Wider than the Sky skillfully weaves multiple character arcs together to examine the ideas of home, hope, and family in surprising new ways.”—Misa Sugiura, It’s Not Like It’s a Secret

“Lyrical and lovely, Wider than the Sky is one of those rare books that has everything—masterful storytelling, a great love story, important themes, razor-sharp wit, and memorable characters. It’s a gorgeous debut that will capture your heart.”—Corina Vacco, Delacorte Prize–winning author of My Chemical Mountain

“I haven’t stopped thinking about these sisters since I first read Wider than the Sky. Sabine and Blythe will leap off the page and live in your memories like old friends. There is so much heart and humor in Katherine’s writing; even as her characters grapple with serious concerns and issues, she captures how life can slice us open and yet give us the ability to laugh and love and hope through the deepest pain and loss.”—Jennifer Chambliss Bertman, New York Times bestselling author of Book Scavenger

“Rothschild’s story showcases how secrets impede a person’s ability to see the world clearly and that self-acceptance and honesty are the keys to a happy ending.”—School Library Journal

“Change comes suddenly to the lives of 16-year-old Sabine and her identical twin sister, Blythe, when their father dies unexpectedly, prompting their mother and a strange man named Charlie to move the girls to the small town of Thornewood . . . Rothschild’s first novel is accomplished and nicely plot-rich with some interesting quirks, chief among them being Sabine’s deep-rooted love for Emily Dickinson’s poetry and her compulsive need to recite it.”—Booklist

“Kath Rothschild’s Wider than the Sky is pitch perfect! Young adult readers will fall in love with her wonderfully quirky narrator Sabine and her swoony romance with Kai. Combine that with family secrets and a mysterious stranger and you have the ingredients for a compelling read. I cannot wait to put it in the hands of my young customers!”—Kathleen Caldwell, A Great Good Place for Books (Oakland, CA) 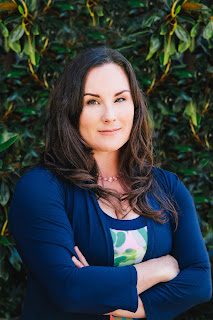 Katherine Rothschild is a Lecturer in the Program in Writing and Rhetoric at Stanford University, a former ballet and Arabic dance instructor, and an obsessive Twitter food truck-follower. Her first-person essays have been published on KQED/NPR, in The San Francisco Chronicle, and other Bay Area and California publications. She holds an MFA in Fiction Writing, a PhD in Composition and Applied Linguistics, has received artist’s grants from Vermont Studio Center and Kindlings West, and is a longtime member of the SCBWI. She lives in the San Francisco Bay Area with her family. Her debut novel is Wider Than the Sky from Soho Teen. Find her on Twitter @Kath_Rothschild.
Website  | Facebook | Twitter | Instagram | Pinterest | Goodreads

3 winners will win a hardcover copy of WIDER THAN THE SKY, US Only.

3 winners will win a paperback copy of WIDER THAN THE SKY, US Only. 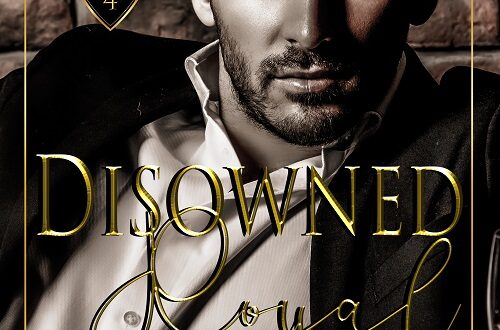 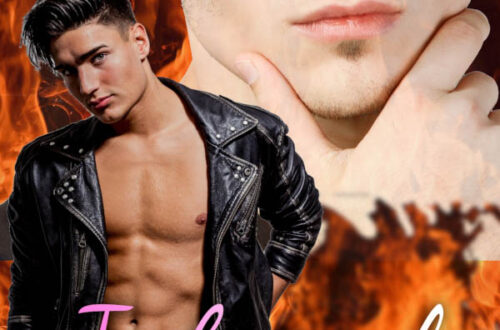