It was supposed to be a prank. A silly frat boy dare.

One hot moment in a hidden storage closet. One kiss. No consequences.

But if you get that close to a man with fire in his eyes, you’re gonna get burned, and I was no exception. One taste of Grey Blackwood ruined me for life.

The way Grey sees it, I was the one who did the ruining. I humiliated him. Wrecked his life. Destroyed his future.

Now he’s taking down the companies owned by every frat boy who did him wrong. And when he comes for my family’s company, the quiet life I’ve built for myself far away from Manhattan comes crumbling down, too.

But when Grey’s standing in our boardroom, threatening a hostile takeover and demanding I negotiate on behalf of my family, I don’t see an enemy. I see the chance I’ve been waiting for.

The chance for another night in his arms, and hopefully a whole lot more.

This latest Lucy Lennox offering is really doing it for me! So far, things are pretty intense. Hostile takeover? More like baby, come hither.

The third installment of Annabeth Albert’s Hotshots series—the emotions and intensity of Chicago Fire with the raw, natural elements of Man vs. Wild .

When their career paths bring two high school sweethearts together again, the forest isn’t the only thing ablaze…

Fire behavior specialist Luis Riviera goes where his job takes him. But when he’s assigned to an arson investigation in Central Oregon—the place he left his broken heart twenty years ago—he’s afraid of being burned all over again.

Tucker Ryland had planned to join his first love, Luis, in LA after high school graduation, but life got in the way. Now a fire management expert and a divorced father of teen twins, Tucker’s thrown for a loop when he finds himself working side by side with his Luis, now all grown up and more intriguing than ever.

Though consumed by a grueling fire season and family responsibilities, the two men discover their bond has never truly broken. Tentative kisses turn to passionate nights. But smoking sheets aside, old hurts and new truths stand in the way of this time being the start of forever.

Danger lurks everywhere for Central Oregon’s fire crews, but the biggest risk of all might be losing their hearts. Don’t miss the Hotshots series from Annabeth Albert: High Heat, Burn Zone and Feel the Fire.

Had high hopes that this series set off sizzles and fireworks but it pretty much burned out by the second book. This third book left me cold as well.

We got two different contemporary romances. One is set in the corporate world while the other is set in forest areas. The current read is about billionaires while last year’s book is about smokejumpers, first responders who put out wildfires. Both books deal with past connections, separations, reunions, and second chances. They have characters who discover their sexuality. The books also touch upon family. The current book had the MCs deal with a difficult father while last year’s read is about a single dad.

Hostile Takeover is Ellison York, the scion of the York family, billionaire Grey Blackwood and some very colorful history between them. Ellison was practically blackmailed to work as a PA for Grey in exchange for him giving back York properties. Grey is a self-made man who brought the York company as revenge for Ellison wrecking his life 15 years ago on a drunken dare. His need for revenge fueled his meteoric rise in the business world. What he didn’t expect though was that Ellison was very determinedly launching his own takeover of Grey’s heart.

This is an enemies-to-lovers, forced proximity romance with fake boyfriends thrown in the mix. There’s bisexual awakening for Ellison. I liked that the story didn’t make a big deal about the coming out part. The main antagonist in the story is Ellison’s dad. He’s a typical Lucy Lennox villain, manipulative with no redeeming value. The story is character-driven and rightly so because it’s so easy to be swept along by Grey and Ellison individually and as a couple.

Feel The Fire is the third book of Hotshots. It’s about childhood friends and first loves, Luis Riviera and Tucker Ryland, reuniting after decades apart. They were separated when they were seventeen, each promising to keep in touch but didn’t. Both men now worked as firefighters. Tucker is an in-the-closet divorced single dad of teenage twins. Luis is still single. Their reunion was all sorts of awkward but sparks still burn bright. Now how to explain to Tucker’s family?

This is a second chance romance I was looking forward to because I love childhood-friends-to-lovers stories. The chemistry was one of the best parts of the story. You can really feel the connection between the two men. The shared history and strong bond were especially important since Tucker is demisexual. However, the pace was too slow and the story as a whole wasn’t engaging. I DNF’ed this.

Feel The Fire failed to generate much interest. Invest your time in Hostile Takeover.

August Mulvaney has always been exceptional. As the genius son of an eccentric billionaire, his off-putting behavior is often blamed on his high IQ. They say there’s a thin line between genius and madness. August is both—a brilliant professor loved by his students and a ruthless, obsessive killer tasked with righting the wrongs of a failing justice system. And he’s just found his latest obsession: Lucas Blackwell.

Lucas Blackwell was once the golden child of the FBI, using his secret talent as a clairvoyant to help put away society’s worst. Until, with a touch, he discovers his co-worker is a killer and his life falls apart. Now, the world thinks he’s crazy and that co-worker wants him dead. He seeks refuge at a small college, hoping to rebuild his life and his reputation. But then he runs into August Mulvaney. Literally.

August is immediately intrigued with Lucas and his backstory. He doesn’t believe in psychics, but there’s no missing the terror in his eyes when they collide in the hallway. Now, August has a problem. Lucas knows his secret, and August knows he wants Lucas. And August always gets what he wants.

Can he convince Lucas that not all killers are created equal and that having a psychopath in his corner—and in his life—might be just what he needs?

Time to meet the weirdest psycho in a family of psychopaths, August Mulvaney. I love him already! 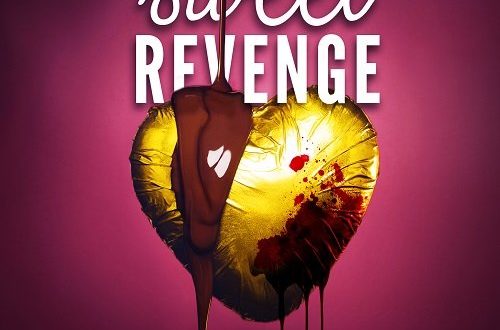