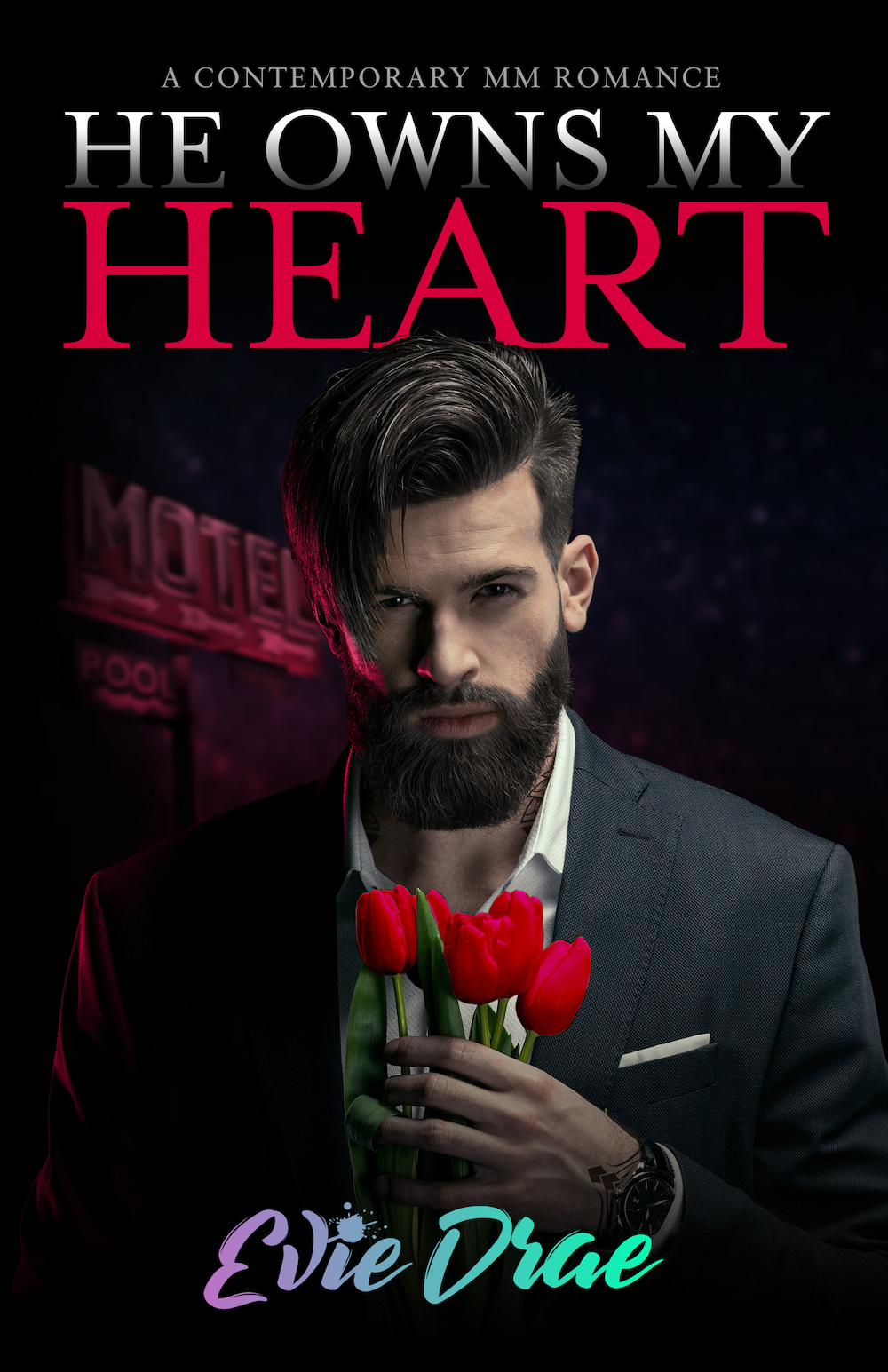 Only true love can free a captive heart.

Landon Jenks, retired four-time Golden Glove-winning shortstop for the Chicago Cubs, is lonely, heartbroken, and in desperate need of simple human contact. Trapped in the sticky fine print of an ironclad contract that forbids him from revealing his very-much-single status until the season finale of his reality show airs, he calls an elite male escort service that caters to the rich and wretched.

Accustomed to servicing his often less than savory clients at more upscale locales, twenty-six-year-old Toby Carmichael is surprised when his handler sends him to a run-down motel off I-55. But “surprise” doesn’t come close to describing the shock that rocks his system when a delightful stuttering mess covered in tattoos and nearly ten years his senior stumbles into the room—and right into his heart.

For the first time since Toby was forced into the life of prostitution, a kiss sparks a desire that has nothing to do with money and everything to do with genuine chemistry and the faintest beginnings of something so much more. But Toby’s dark past and troubled present make it impossible to see a future with Landon. And when the truth comes to light, a horrified and helpless Landon is determined to save Toby at all costs.

Content Warnings: Discussion of childhood verbal abuse by an adult survivor, homophobia from a close family member, discussion of previous self-harm/cutting behaviors by an adult survivor, prostitution with dubious consent (all interactions between the main characters have full consent and there are no on-page depictions of dub-con situations), consensual and experimental Domination/submission play between mostly-novice characters, mild violence between a main character and antagonist, and human trafficking associated with illegal drugs (nothing explicit on-page, only discussions related to and psychological/mental ramifications of addressed in moderate detail).

Toby closed his eyes to center himself. He needed to get his head on straight before the client arrived. They expected cocky confidence they could control with their wallet, not a preoccupied mess.

A key jostled in the lock, and Toby cursed under his breath. It was showtime.

He ran a hand through his hair and another down the front of his navy fleece vest. The client had requested casual attire, so he wore a pair of worn and comfortable jeans from his personal collection. They were hardly the designer level Joseph preferred him in, but it was the best he could do with what he had to work with.

Toby plastered on his practiced “sexy” grin and cocked a hip on the corner of the desk. When the client turned the knob and the door swung inward, he prepared himself for the worst.

But instead of another litany of horrors he’d grown to expect, Toby locked eyes with those beautiful gray pools that had haunted his thoughts for so many weeks.

Toby’s smile fell as his jaw dropped. At the same time, Landon’s face lit up with the brightest grin to ever cross those stunning features in Toby’s presence. He hip-bumped the door closed and strolled into the room with a confidence that hadn’t been there during their last meeting. He walked right up to Toby, cupped his jaw with both hands, and crushed their mouths together with a ferocity that drew a whimper up the back of Toby’s throat.
Without hesitation, Toby levered off the desk, wrapped his arms around Landon’s torso, and pulled their bodies flush. When their dicks collided through a dual layer of denim, Toby’s already thickening cock strained toward the hard heat of Landon’s. He rolled his hips, grinding into Landon with a wanton need he hadn’t felt since the last time he’d been in his arms.
When the need for air forced them apart, Landon clutched at Toby’s shoulders as he tried to pull away. “Don’t, please. God, I know this is crazy, but I… just don’t. Not yet.”

Toby nodded against Landon’s neck, sucking ragged breaths into his lungs. He didn’t want to let go any more than Landon did. It was crazy, but he felt it too. Whatever it was.

Eventually, Landon threaded his fingers through the hair at Toby’s nape and brushed a gentle kiss over his temple. “I’m sorry. I shouldn’t have done this. I just… fuck… I wanted to see you again, and I…”

Toby pulled away enough to match his gaze with Landon’s without losing the connection between their bodies. “Don’t apologize.” He smiled and shook his head. “This was one hell of a nice surprise.”

The truth of it was, if Toby could have, he would’ve reached out to Landon himself. But Joseph would never permit him to contact a client directly, and certainly not for a personal reason.

“I thought maybe we could do something. You know, go out.” Landon’s face crimsoned, and his eyes fell away. “I mean, I’ll obviously still pay for your time, but it doesn’t have to be about that. About, ah, about sex. I… I wanted to see you. Not, you know, I mean…” He cringed away from his own words. “I guess I was hoping we could spend some time together. Like, you know… kind of like a date.”

Toby’s chest squeezed. He couldn’t remember the last time anyone had wanted to spend time with him not his ass. He planted a kiss on the tip of Landon’s nose. “I’m not allowed to leave the agreed-upon location unless I clear it first, and that gets complicated sometimes. Do you mind if we stay here?”

Landon’s stare shifted to Toby’s, and his brows drew together. “Not allowed?”

“It’s a safety thing.” Toby cleared his throat and forced an easy smile. “My handler keeps tabs on where I’m at, at all times, in case anything gets out of hand. Makes it easier to get away if I need to.”

“Oh. Yeah. Makes sense.” Landon toyed with Toby’s hair for a moment. “Well, it still doesn’t have to be about… that. Um, maybe we could rent a movie this time or… or something? Order a pizza maybe? Or Chinese again? Or I could get take-out if there’s something else you’d rather have. Ah, maybe grab some beers or something too while I’m out?”

A grin pulled at Toby’s lips. A movie, some beers, and greasy cheat food with a hot guy who demanded nothing more from him than his company? That sounded like the best Thursday night plans he’d had since… well, since long before Joseph came into his life. “Pizza sounds amazing, but I wouldn’t turn my nose up at a beer or two, either. There’s a carryout next door. Why don’t we order some pizza, and I’ll come with you to pick up the beer while we wait for it to be delivered?”

Landon nodded and licked his lips, his gaze drifting to rest on Toby’s mouth. “I know I said it wasn’t about, you know, anything like that, but… Can I kiss you again? One more time? Then I promise, hands off the entire—”

Without a moment’s hesitation, Toby slanted his lips over Landon’s, dipping into the warmth of his mouth and moaning when their tongues collided. Landon’s grip on the back of Toby’s hair tightened and a whimper of his own drifted into the air.

Landon might be offering a pressure-free night—one where Toby could make believe he was a normal guy, on a normal date—but that didn’t mean nothing would happen. It meant whatever did happen would be by Toby’s choice, because he wanted it to, and because Landon wanted it to.

And didn’t that sound like one hell of a perfect date? Evie Drae is a registered nurse by day and an award-winning male/male romance writer by night. She has won first place in seven Romance Writers of America® (RWA®) competitions, including the prestigious title “Best of the Best” in the 2018 Golden Opportunity Contest. She is a double finalist in the 2019 Golden Heart®, in both the Contemporary Romance and Romantic Suspense categories, and finished as a second-place runner-up in four additional RWA contests.

One of Evie’s favorite things to do is encourage her fellow writers. To that end, she started the #writeLGBTQ and #promoLGBTQ hashtags on Twitter to support and promote LGBTQ+ authors and allies while providing a safe space to connect and grow as a community. She is married to the love of her life, is the mother of three wonderful fur babies, and runs almost entirely on coffee and good vibes.

Evie loves to link up with fellow writers and readers. You can reach her directly at EvieDrae@gmail.com or find her on her social media accounts listed below. Twitter is where she’s most active but be sure to check out her blog too. She focuses on reviews for LGBTQ+ authors and allies with the occasional quirky advice/recommendation post just to toss things up. 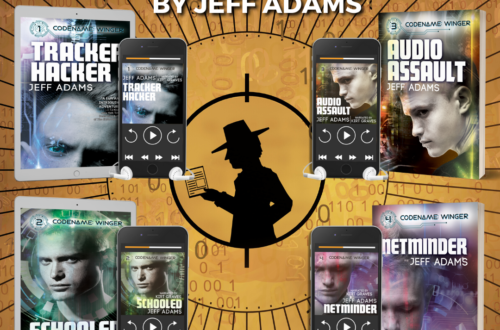 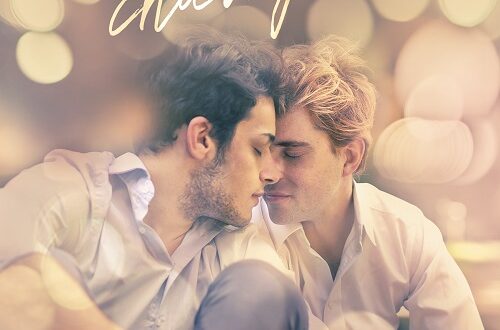