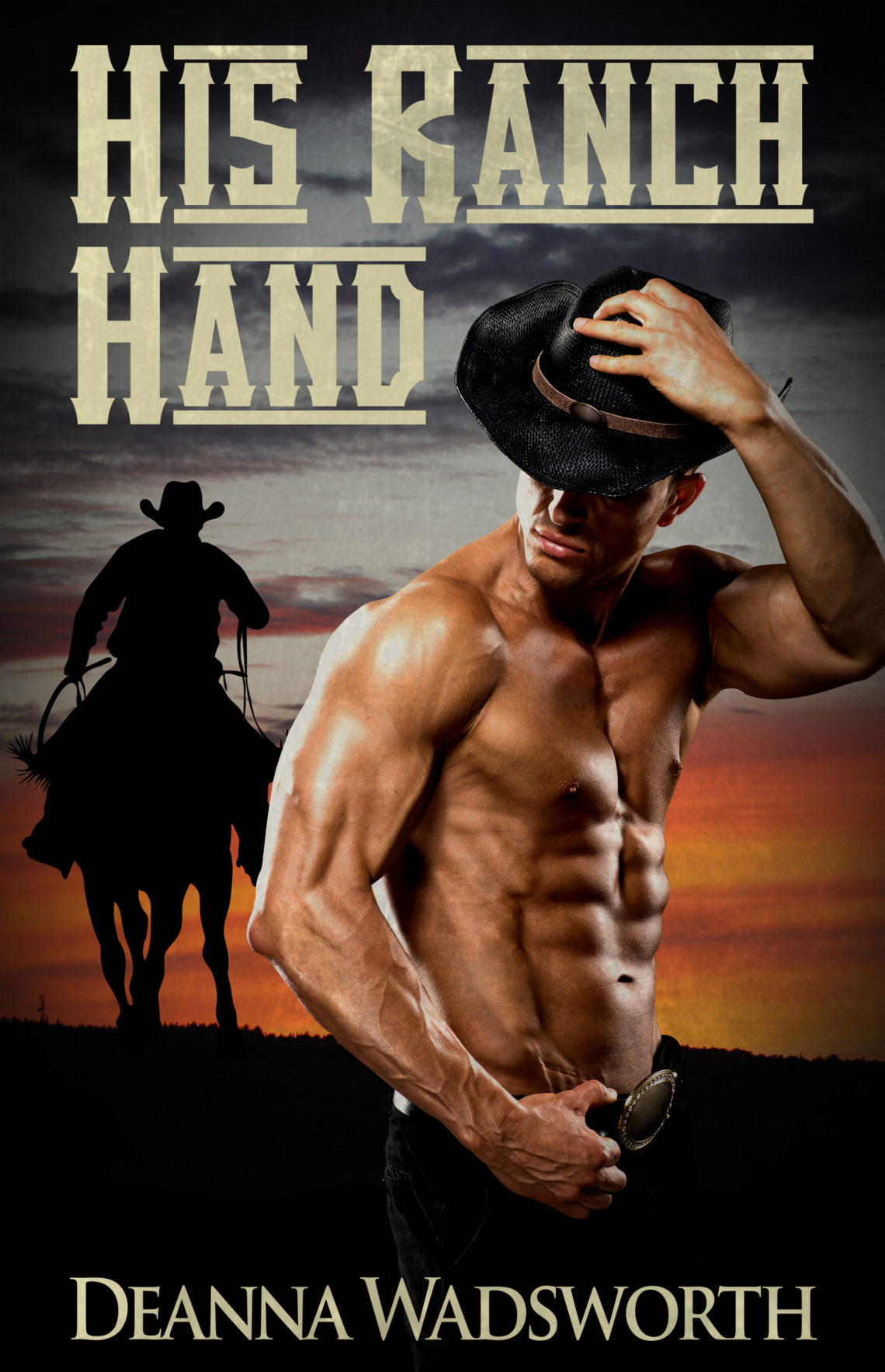 West of the Pecos, if a man shows a vulnerable side, his last glimpse of this life might be at the end of a barrel.

Cowboy and drifter, Myron Poste shrouds his life in mystery, carefully following a strict code to stay alive. Fellow ranch hand Cade Buchanan is big, hairy, and strong—not the sort of man to trifle with.

One fateful night while driving a herd of Longhorns north to Santa Fe, Cade confronts Myron. With the swiftness of a West Texas wind, desire seizes control and a passionate affair begins. Pride has always held Myron back, but he can no longer deny his submissive nature when Cade gives him just what he craves—pure, lustful dominance.

When the drive ends, they must part ways. Will the memories of their untamed passion under the big Texas sky be powerful enough to reunite them?

“Is this what you really want?” Myron asked.

“Yes,” Cade insisted. “I want you to come live with me, build a home and a life with me. We could have a chance there, like you said. No one will bother us if we’re careful.”

“You can’t know that.” Myron wanted to give in to this dream, but there were realities, and things he needed written in stone before he let his mind accept this, though he feared his heart already had. “What if someone finds out?”

“Then we head to north or father west if we have to. We’ll protect each other.”

The determination in Cade’s tone gave him pause. “You won’t cut and run on me?”

“I don’t think so,” Cade said honestly. “At least, I don’t wanna. But we can’t predict the future. You might cut and run on me.”

Myron grabbed his hand. “Never. I might’ve been planning to get an itch scratched, but I wasn’t going to give away a kiss.”

“No.” He glanced around before whispering, “Those are all yours.”

Cade’s gaze locked on Myron’s lips, his breathing as heavy as Myron’s groin. He stepped closer, and Myron clung to his squeezing hand. “All mine.”

Myron trembled from the intensity in his expression. “I want to believe you, but this is dangerous for my heart. After everything…”

Myron let out a weary sigh. “You already have and now… well?” He studied his boots, not releasing his hand, but disliking how torn up he felt inside. Laying his heart open was much harder than giving away his body. “You’ve made a habit of changing your mind on me. I can’t go through that again, not after you’ve promised me a dream. If you mean this, that you want to build a life with me, then you can’t go back on your word, Buchanan. I can’t go through this heartache again.”

Cade cupped his cheek, and Myron knew he would never tire of such tender touches. “I can’t deny I still got doubts and worries in my head. All I can do is promise to work on quieting them every day. ’Cause even though I’m afraid of what could happen, I want you in my life, Myron. I don’t ever wanna lose you again. My heart’s been achin’ too.”

Myron closed his eyes and melted into the moment, Cade’s touch the only thing keeping him upright. Before—when he doubted men could ever share more than lust—he’d told himself men loving each other had to be fiction. A fanciful notion. Now he realized he’d convinced himself of that because he never thought he’d get to savor the devotion and love of another man.

Yet now, against all odds, Cade wanted him, wanted to build a life together.

Cade stroked Myron’s freshly shaven face with his thumb until Myron opened his eyes. He was so close his eyes crossed a little looking at him. Cade offered an encouraging smile, caressing his jaw. “Maybe we should go up to the loft. Someone could come by.”

Myron nodded, the risk of discovery more powerful than his need to have all Cade’s intentions laid bare just then. “Yes, let’s.”

They extinguished the lantern, and then gathered his bedroll and climbed the ladder to the hayloft. He wondered if and hoped Cade was looking at his ass as he climbed up in front of him. When they reached the top, Cade smartly pulled the ladder up with them.

You’re a fool, Poste. He’s saying everything you want to hear, but he’ll run tomorrow.

In the secluded, straw-littered loft, the moonlight snuck in from a tiny window and illuminated Cade’s face. His gaze was open, honest like it had been on the riverbank when he’d gazed deep into Myron’s soul as he laid claim and mastery over his body.

Still unable to believe Cade had completely changed his mind, he licked and rolled his lips. His heart and body were ready to bet everything on this gamble, but his mind had to check his hand.

“Cade?” He hesitated, wringing his hands and looking over their surroundings. A few bales of hay created a nook where they could lay and indulge, but before he accepted this wild unbelievable plan, he had something he needed to say.

How can I say this?

Cade offered a smile. “If you have something you need to get off your chest, I’ll listen.”

He took a deep breath. Best to start at the beginning. “That night by the fire, made me realize how much I like… certain things. Actually, how much I might, um… need them.”

He cocked his head to the side. “What do you mean, Poste?”

The use of his surname brought a level of seriousness into the conversation, and the ardor cooled. Myron’s heart pounded. “This isn’t easy to say,” he began, slipping his hat off and rubbing the back of his neck. “But it’s mighty important, I think.”

“Since when do you have trouble telling me exactly what you want?” He stepped closer and cupped Myron’s face with both hands, the touch so tender. “You were very specific on that night.”

He closed his eyes and savored the feel of Cade’s calloused thumbs brushing across his cheek bones. He’d never been so plain and open with a man as he’d been with Cade, but he’d yet to clarify his deepest desires, exposing his truest self.

“I like you without a beard,” Cade said. Then he trailed a finger down the bridge of his nose. “So much.”

Myron trembled, remembering how much Cade liked his freckles too. “I like you with and without.” He placed his hands on Cade’s strong arms, willing some of that strength to imbibe him with courage. He trembled and his cock stirred as he soaked up Cade’s nearness. Myron’s mouth parted for a kiss….

“Sometimes I feel like I need a firm hand,” he finally whispered, eyes still closed and face down, the confession easier without being under the scrutiny of those piercing blue eyes.

“I think you know.” Myron kneaded his arms, and risked a glance up. “Least I hope you do. And, I think, that you like to take a firm hand.”

Cade’s eyes widened, seeming bigger and brighter without the beard.

Myron bravely forged ahead. “What we’ve done so far… well? It’s been wonderful, and I liked it… very much. But sometimes I dream about being held down and… um… taken rough.” As he whispered the last word, his face flamed.

“You do,” Cade stated rather than asked.

“A-and… the way you struck me. I needed that too.”

Cade cocked his head to the side. “You needed it?”

“Yes, and I don’t rightly understand why myself,” he admitted, grateful for the dark. “But I do remember when I first discovered I might want… something like that.”

He mustered his courage and looked up, adoring how he had to crane his neck when they stood this close. “When I was young, I saw a boy punished once, spanked on his bare ass. He was so humiliated, but it roused my blood. That may have been when it all started,” he said hesitantly, and the openness in Cade’s expression urged him to press on. “Then just after the war, I saw a whore being spanked on a stage. At first, I was afraid for her.” He shifted his hands to Cade’s chest, kneading lightly. “The man doing it was very big, and she was so helpless. She was bound so she couldn’t get away. Everyone was cheering, but she was crying. Our eyes met across the crowd, a-and she smiled at me. I suddenly realized she wanted to be treated that way.” He closed his eyes, seeing it all again, blood pounding. “Then this queer notion came over me that I wanted to be her, I wanted that man to put me over his lap and spank me, but harder. Maybe tie me down then fuck me…” His voice choked off and it surprised him when Cade’s chapped lips claimed his.

Cade drew back from the kiss, stroking his cheeks, down his neck to massage his shoulders. A great weight of shame lifted off Myron at the gentle touch, but not so much as when Cade whispered, “I understand. I do. Because I wanna be that man, just as much as you wanna be that whore.”

To celebrate Deanna’s upcoming release, we are giving 2 lucky winners the chance to win an e-copy of His Ranch Hand before it’s release!

Deanna Wadsworth might be a bestselling erotica author, but she leads a pretty vanilla life in Ohio with her wonderful husband and adorable cocker spaniels. She has been spinning tales and penning stories since childhood, and her first erotic novella was published in 2010. When she isn’t writing books or brainstorming with friends, you can find her making people gorgeous in a beauty salon. An avid reader, she also loves gardening, cooking, music, and dancing. Often she can be seen hanging out on the sandbar in the muddy Maumee River or chilling with her hubby and a cocktail in their basement bar. In between all that fun, Deanna cherishes the quiet times when she can let her wildly active imagination have the full run of her mind. Her fascination with people and the interworkings of their relationships have always inspired her to write romance with spice and love without boundaries. 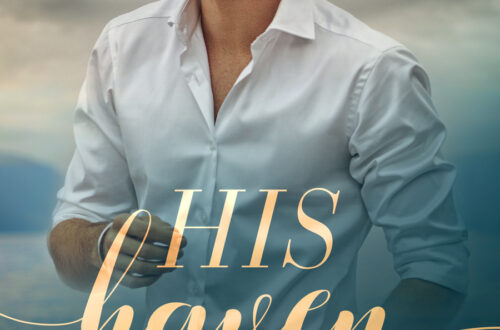 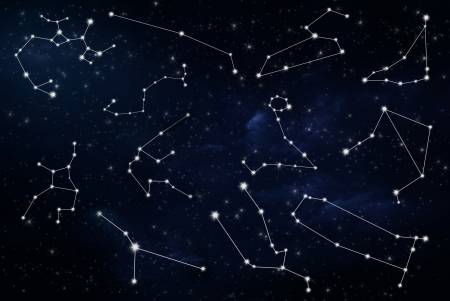 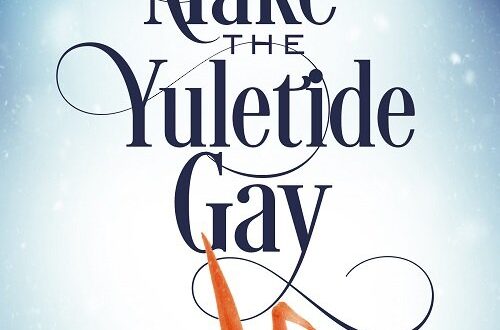